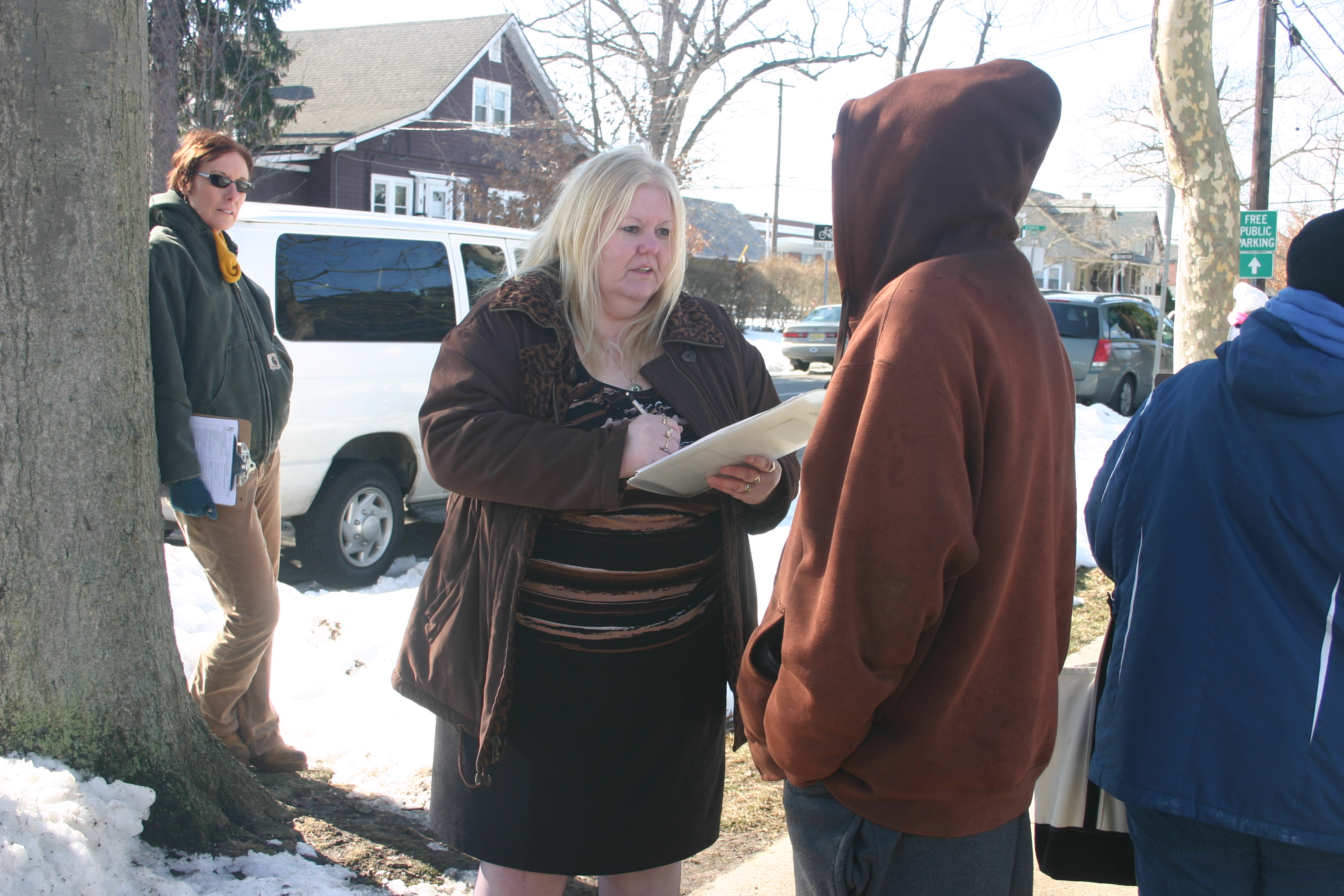 Edward Wright sat on the couch of his home in Bridgeton, staring at the wall across from him with a thousand-yard stare on his face.

The 56-year-old veteran was not reflecting upon the nine years he spent in the U.S. military several decades ago. His thoughts centered on more current circumstances. He had just finished recounting his experiences as a homeless veteran.

“Nine years in the military — I could do that. Living in a tent in the woods for two years, though, that was hell.”

Just two months ago, Wright sat at the Veterans Multi-Service Center in Millville. He had come there after a summer which was unbearable even for the toughest and most resilient veterans. While most residents of South Jersey were relishing the joys of summer — beach trips, vacations, time with family — Wright spent his time in a tent in the woods, fighting off mosquitoes and ticks, enduring a week in the hospital getting rabies shots after being attacked by a wild dog, and recovering from injuries after being beat up by a group of individuals who tried to rob him.

“I remember sitting in that office, trying to pick ticks off of me,” he said.

She immediately began looking for a home for Wright.

Wright looked around the living room of his one bedroom home. “Can you believe this? I have a bed. A sofa. A bathroom.”

Motioning toward the kitchen, he said, “I’ll never forget when they gave me the fridge. I watched them peel the wrapping off of it. I started tearing up and just lost it. Sometimes I still feel like this is all a dream.”

Pausing, he looked outside of the window — a view of oak trees, just starting to change colors. A chilly breeze filled the room. “Now, I get to look at these beautiful trees. I’m not sleeping under them anymore. I won’t be sleeping in the snow this winter either.”

A small, white cat wandered in and curled up next to Wright. Petting the cat, he said, “She found me. She loves me because I take care of her. She’s God’s creature too,” he said, smiling.

Edward stands tall at 6’2”, with a long beard and ponytail, a colorful bandana, jeans and boots. “Simple Man” by Lynyrd Skynyrd played softly on his radio.

Pointing to the floor, he said, “[Cindy] got me this wonderful bed and mattress in the other room. But sometimes, I sleep on the floor because that’s what I’ve been used to for so long. But I’ll adjust.”

Catholic Charities had just received 30 vouchers for SRAP (State Rental Assistance Program) through the Department of Community Affairs, which provides housing support for chronically homeless and disabled veterans. The program provides a security deposit, and pays the rent balance each month after the client pays 40 percent.

Lebron reflected on the importance of housing for Wright, and for all homeless individuals. “[Edward] came in and was beaten and battered, but still had a great attitude despite everything he’s been through. He was trying to get back on his feet, but that’s impossible unless people have a roof over their heads.”
Wright reflected on his time after the nine years he spent with the 101st Airborne Division in the 1980s. Living in Florida for almost 20 years after his service, he worked in construction.

“I may not look like it now, but I used to be the boss down there,” he said with a chuckle.

After a work injury that permanently disabled his back, he returned to his home state of New Jersey, where he struggled to make ends meet. He eventually made his way to the woods with a tent.

But life is looking up again for Wright.

“My neighbors around here — they’re like my family now. The first day I came here, they brought me food and welcomed me. There’s a veteran named Dave who lives across the street. He’s been showing me around town. We ate dinner here together last night. You should hear some of his stories,” he said, sipping a coffee and wiping away a few drops off the table with a towel.

“Cindy, though, she’s an angel. I thought I’d be dead by now. But I’m alive. I have a home,” he said. “I’ve been thinking about what I can do to make it up to her. It’s not much, but when I get my next paycheck, I’m buying her a nice bouquet of flowers. Don’t tell her I said that,” he said with a smile.

Edward was one of the estimated 2,000 homeless veterans in New Jersey. Through programs like SRAP, homeless individuals are able to get their lives back on track by securing the most important step toward self-sufficiency: a home. In 2016, Catholic Charities, Diocese of Camden was able to provide 6,824 individuals with housing and homeless prevention services.