Begun during the Jubilee Year of Mercy in 2015, Catholic Charities’ Disciples of Mercy Awards recognize outstanding individuals and ministries who exemplify mercy by reaching out to those who are poor and vulnerable. In addition to the event’s main honoree, Cardinal Luis Antonio Tagle, they will be honored at the Justice for All Awards Dinner on Thursday, Oct. 3, at Resorts Hotel, Atlantic City.

The awards dinner annually benefits the work of Catholic Charities in the Diocese of Camden while also honoring the tremendous service of individuals and organizations in the diocese. For tickets, sponsorships, or more information, visit:  www.catholiccharitiescamden.org/jfa2019

Below are this year’s honorees:

Rafael Burdie has humbly put his faith into action through years of quietly carrying out spiritual and corporal works of mercy. Through his leadership and involvement in El Instituto de Ministerio Eclesial de Camden (IMEC) i.e. Church Ministry Institute of Camden (CMIC), he has guided and inspired adults in his own parish, as well as several other parishes, toward becoming more active parishioners and servants of the both the church and the greater community, particularly the poor in Camden. 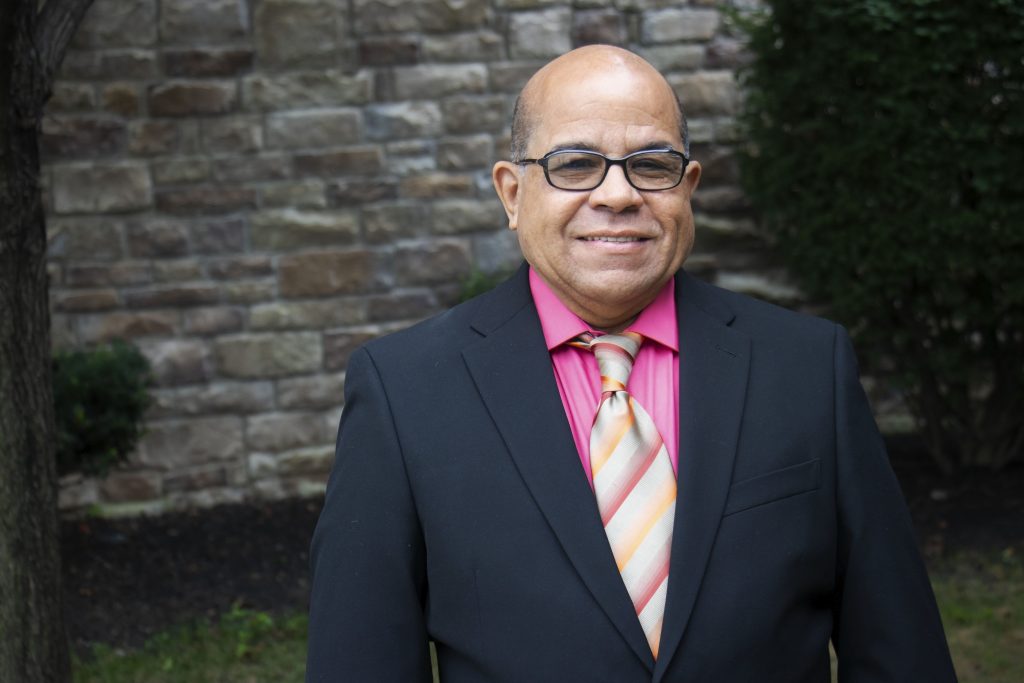 He and his growing group of volunteers cook dinner for the homeless and compassionately distribute it to them on the streets, in parks and in shelters. Burdie organizes and leads retreats throughout the year for parishioners who wish to strengthen their faith and gain a better understanding of Catholic social teaching. When he encounters the suffering on the streets, especially those struggling with addiction, he accompanies them through their struggles without judgement, and invites them to join him in his church retreats. There, the afflicted spend the weekend, receive food, showers, and spiritual counseling, and are driven to rehab centers by Burdie. 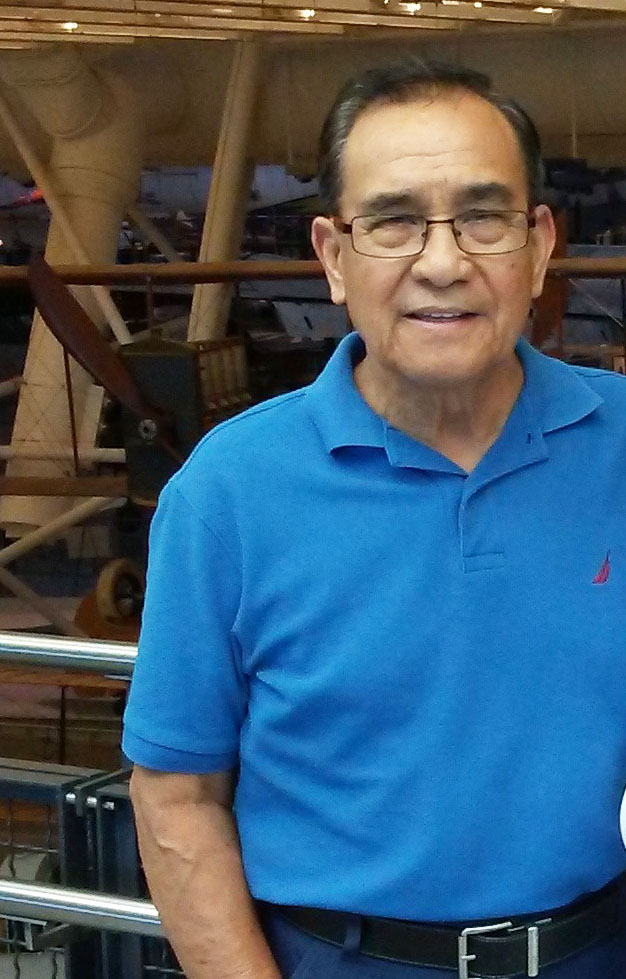 ents to accompany the sick, the elderly, and those who are new to the diocese and the country. He volunteers in four  different nursing homes, where he assists priests at Mass and leads the weekly Novena for Our Lady of Perpetual Help. Rodriguez also sings and plays music for the elderly residents at nursing homes, serving as a joyful and faithful companion to those who often times do not have visitors or the ability to practice their faith.

He serves as a point-person for those who need assistance in transportation — whether it be emergency visits to the hospital, doctors’ appointments or Mass every Sunday. Rodriguez has remained invigorating in the Filipino community by welcoming new families into the church, helping them find employment, and comforting families who have lost loved ones.

Helen Fowler started the Society of Vincent de Paul Conference at the Church of the Incarnation, where she built and 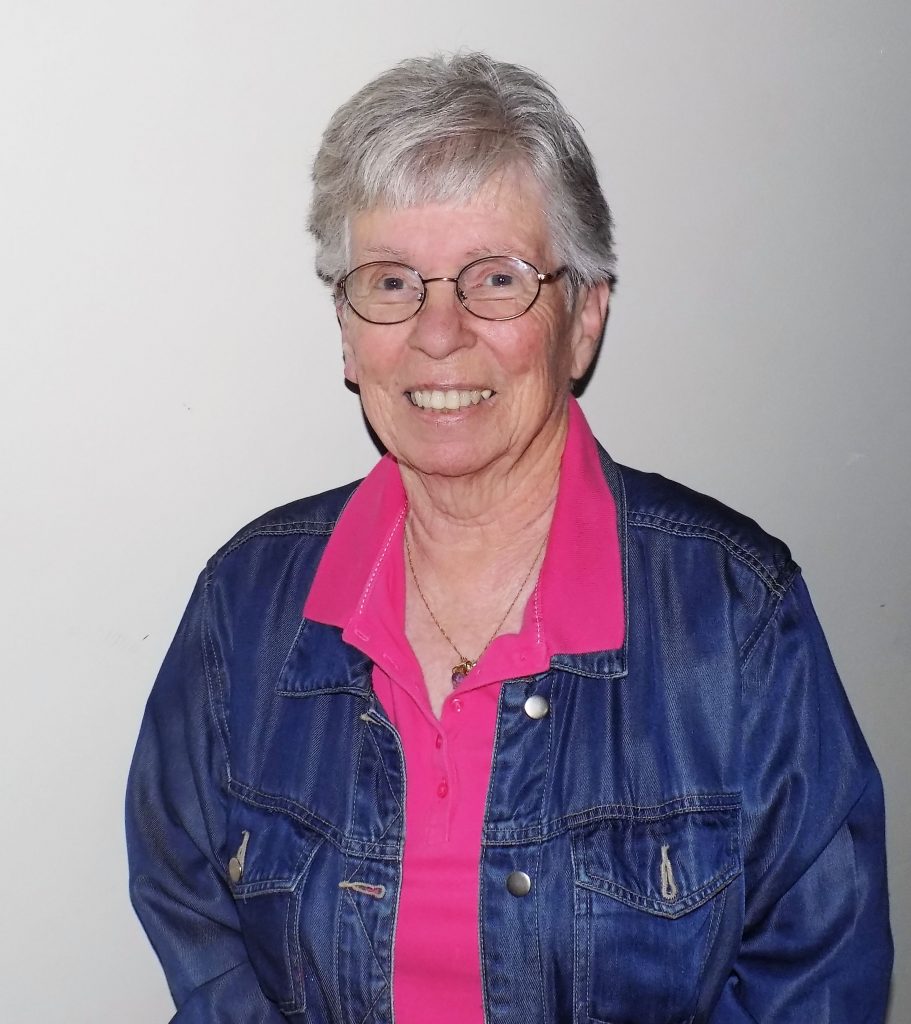 currently runs an active food pantry for the most vulnerable in the community. Every week, she stocks the shelves, remains present to greet each and every person and family who comes through the door, and ensures that they have enough to eat. She is responsible for collecting, handling, sorting and giving out donations, including clothes and baby supplies for mothers in need. She has inspired other parishioners to volunteer, serve in their parish, and become more active in serving those in need. Many point to her as someone with a rare and exceptional ability to welcome those who are in need or in crisis, as she always takes the time to understand and accompany those who are vulnerable. She remembers the names of each person she comes into contact with, and she is well-known among the community as an inspiration and embodiment of empathy, compassion, dedication and tirelessness. 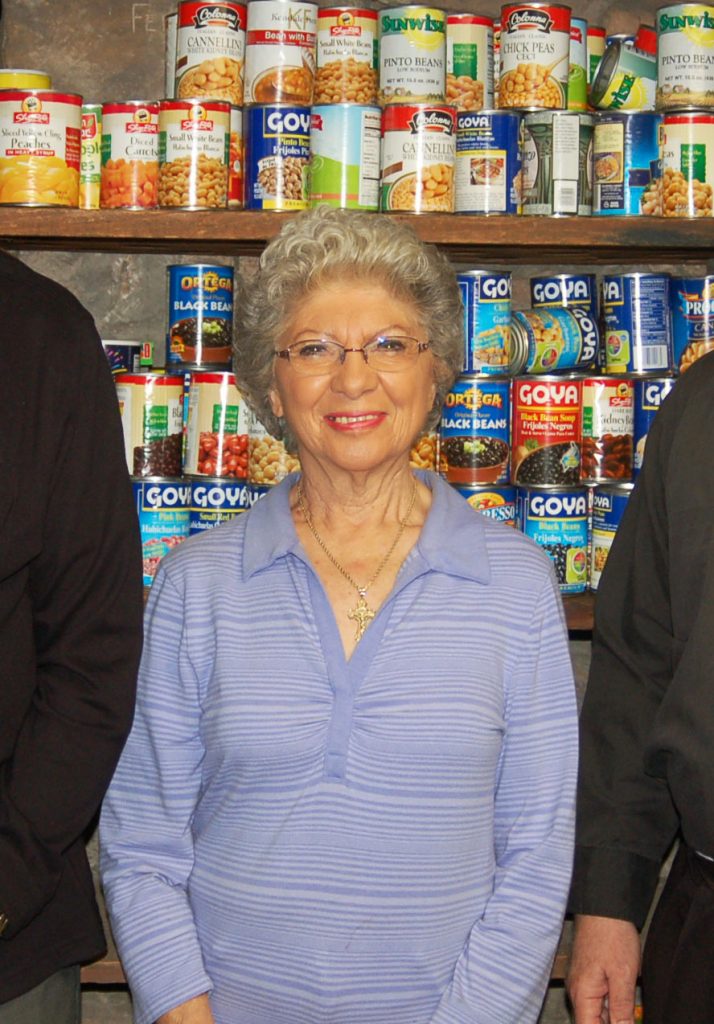 Bunny Franco and her faithful group of volunteers have been the core of the food distribution from the basement of Saint Nicholas Church in Atlantic City. Held on the third Monday of each month, food is distributed to an average of 225-250 people. As the group’s leader who has served for the past 18 years, Bunny Franco dedicates her time each and every day to ensuring that shelves are stocked, that food orders are made and that no food goes to waste, donations are received and organized, paperwork and payments are handled appropriately, and that every hungry person is fed.

In addition to serving those who come to the parish for food, she also serves those who are home-bound and cannot go grocery shopping for themselves. Throughout many years of changes in pastors and parish staff, Bunny and her group have faithfully carried out their work seamlessly and uninterrupted. Over the years, the need for Saint Nicholas’ food bank ministry has continued to expand in order to serve an ever-growing number of people in need, especially throughout crises that Atlantic City has seen, such as the casino closures which left many families without money and food. 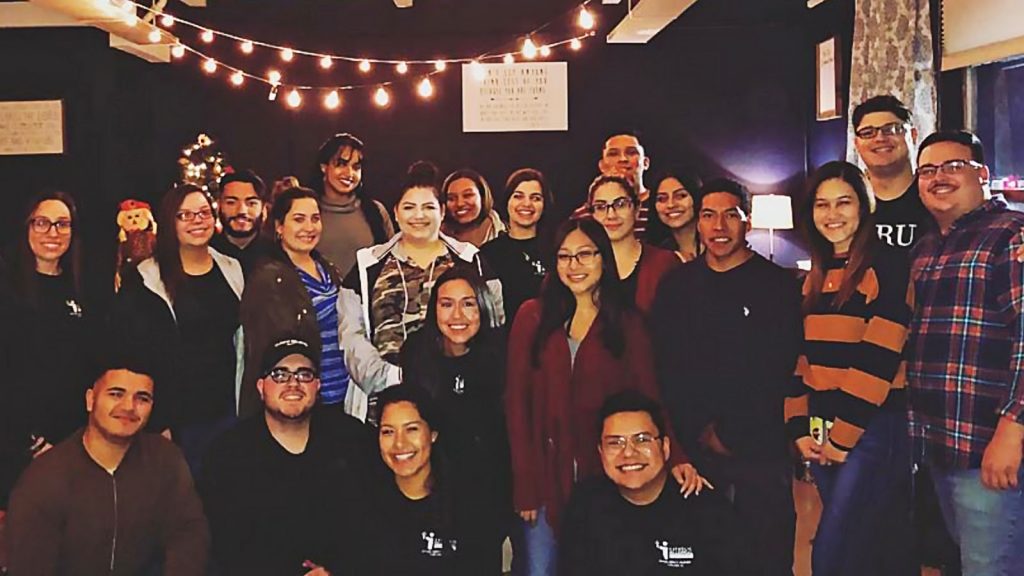 The Catholic Millennial Ministry leaders of Divine Mercy Parish continue to grow and mobilize their ministry, attracting and welcoming millennials into their group, which meets biweekly for Bible studies, faith formation, and evaluating the needs of vulnerable populations and how best to serve them. The group serves faithfully in their communities and beyond by regularly organizing food drives for the hungry; training and volunteering each year to serve the homeless in the Code Blue initiative; collecting and filling backpacks for the homeless, among many other service projects. Several leaders were the first to participate in the Diocesan Share the Journey Solidarity Pilgrimages, where they served newly-arrived migrants at the border and, upon returning home, spoke at parishes, participated in panel discussions, and inspired other young people to apply for future pilgrimages. In their parishes, these leaders serve on the finance councils, parish councils, liturgy committees, and were selected as delegates for the 2019 Convocation of Catholic Leaders. Together, these leaders are a driving force for young Catholics in the diocese and all the various groups they serve.

The two-year Share the Journey campaign comes to a close this fall. These awards recognize individuals who have gone above and beyond in carrying out the campaign’s initiative: to bring attention and awareness to the plight of migrants and refugees worldwide, and to mobilize Catholics to welcome and support them. 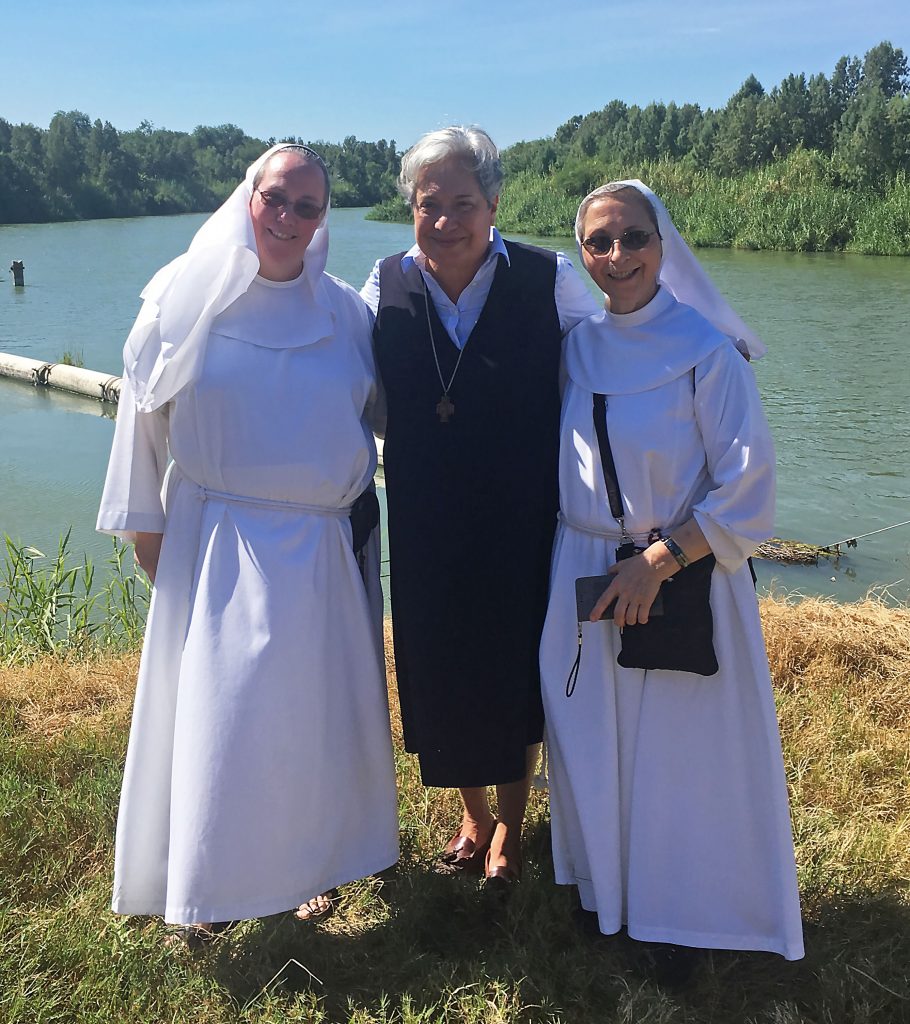 Sister Dianna Higgins has been a participant, mobilizer and leader of the Share the Journey pilgrimages since they began. She signed up immediately, and when she returned home, she spread the word to parishioners, lay and religious, as well as her students at Paul VI High School, Cherry Hill. She recognized the value of the experience and the encounters, and she took on the role of leading 12 high school students to the border so that young people could encounter newly-arrived migrants and the countless others living along the border who experience the effects of migration. Her insights and enthusiasm have been invaluable to the Share the Journey steering committee and the entire initiative.

Sister Maria Domenica Di Rosa was one of the first participants to sign up for a pilgrimage, and she and Sister Dianna Higgins were the first religious to volunteer to join a pilgrimage. At the age of 77, Sister Maria has been the oldest pilgrim to date to journey to the border. Upon returning home, she immediately volunteered to lead a group of high school students from Paul VI High School, Haddonfield, alongside Sister Dianna. She earned the trust of the students, as well as their parents, and assured them that the students would be safe during their journey. Sister Maria took note of items that were most needed in the Humanitarian Respite Center in the Rio Grande Valley, and she ran a donation drive as soon as she returned home. She has also served as a mobilizer for the Share the Journey initiative, speaking about the pilgrimages to children and adults alike, and many have signed up to join a pilgrimage because of her enthusiastic and tireless way of spreading the word.

Sister Maria Herrera attended a Share the Journey pilgrimage and shared her experiences with parishioners and the community, particularly in the Bridgeton area, where many live in fear of deportation.

When the Share the Journey steering committee was looking for participants for future pilgrimages, Sister Maria was a point-person. She recruited seven other participants to join future pilgrimages, at times with very short notice. She was able to do so because of her large network, her ability to recognize who would benefit from the experience, and the trust that she has earned from her parish and community. Each pilgrim she spoke to about the pilgrimage immediately signed up and came back eager to share the story with others.