Posted on May 24, 2018 Posted By: Mary McCusker Categories: Uncategorized 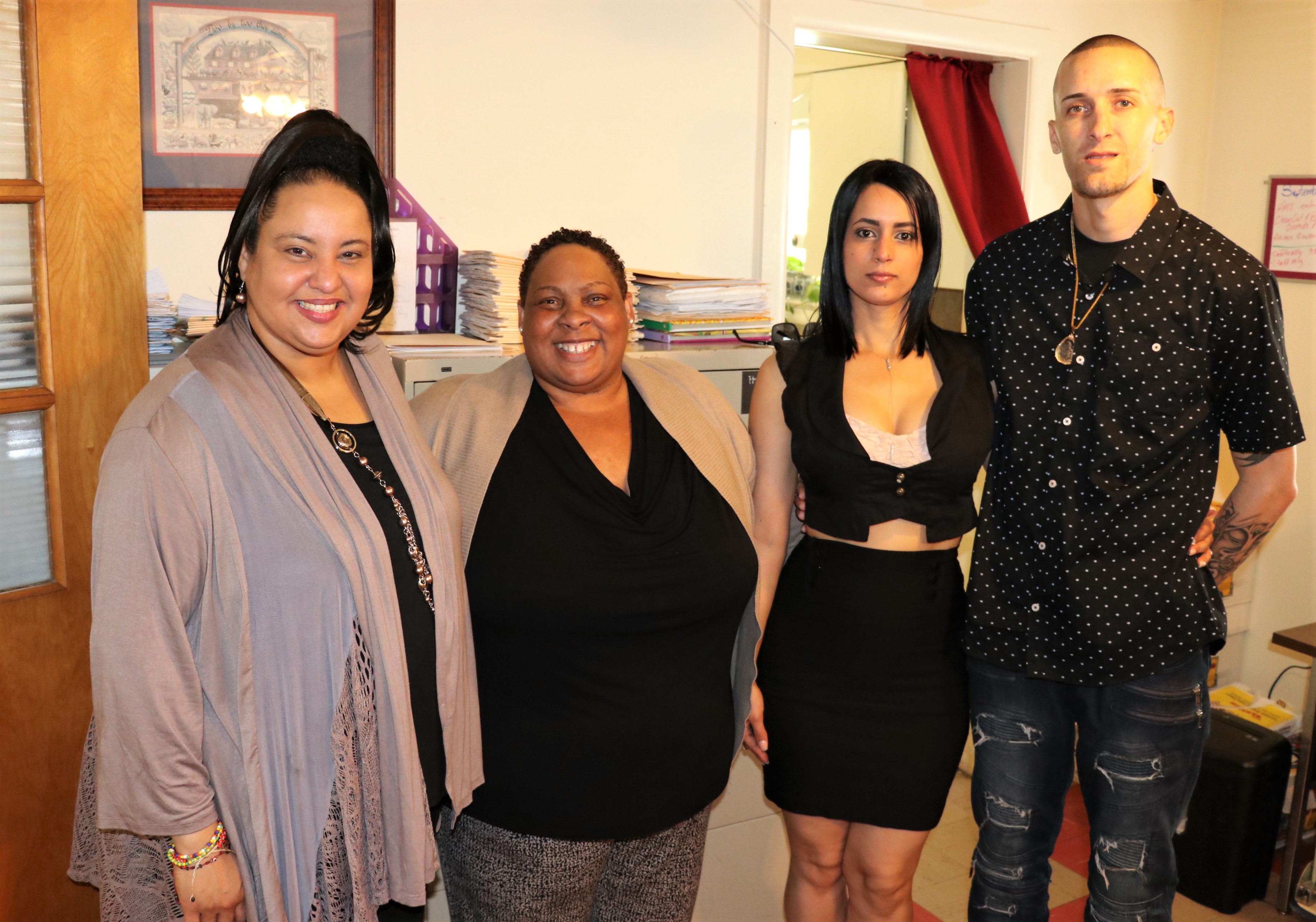 Hector Sanchez and his wife, Glorimar Acevedo Santos, arrived at Catholic Charities’ Atlantic City office in October with a suitcase, blistered feet, no home and barely a cent to their name.

“They were in survival mode,” said Edbelinda Nambo, Catholic Charities’ Employment Specialist in Atlantic County. “It was so cold that day, and they didn’t even have jackets.”

The young couple were two of thousands who had just evacuated their home in Puerto Rico, which had been completely destroyed by Hurricane Maria.

“We lost our home, our cars, our jobs, our clothes — everything. A family member in the area was supposed to pick us up at the Philadelphia airport, but ended up leaving us there,” explained Hector.

The couple made their way to Atlantic City, moving from motel to motel and desperate to find help, until they learned about Catholic Charities’ Atlantic City Employment and Assistance program, directed by Jeanetta Warren.

Through the many connections that the program maintains with job recruiters in the area, Nambo guided them toward employment, and they found work immediately — a step that Nambo and Warren consider crucial toward building a new life.

Seven months later, the couple reflected on their journey while speaking to Nambo and Warren on May 21.

Nambo explained, “Despite everything they went through, and everything they lost — they were so eager and ready to start working and build a new life. Hector worked two jobs, day and night, and saved every penny. And now they’ve moved into a new place of their own. The next step,” she said with a smile, “is saving for a car.”

Hector and Glorimar are two of hundreds of evacuees from Puerto Rico who have been assisted through Catholic Charities after relocating to Southern New Jersey. Many evacuees lost everything and had no choice but to leave the island in search of a better life. In response, Catholic Charities mobilized a program specifically for those impacted by Hurricane Maria to help them get back on their feet by providing emergency assistance for immediate needs, as well as long-term assistance such as helping them find housing and employment.

“It was a challenge, but all I can say is that we’re blessed to have met [Nambo], and to have found Catholic Charities,” Hector explained.

Glorimar, who was a nurse in Puerto Rico, will soon begin work at Ocean Resort Casino (formerly Revel), while attending English classes at Atlantic County College with the hopes of eventually returning to work in the medical field.

“We try to find an area of work that matches our clients’ interests. But if we’re unable to do that, we guide them toward finding a job so that they can live sustainably. That’s the first step, but we still consider the long-term goals that they have. Then we can focus on how to work toward work that really matches their interests,” explained Nambo.

Nambo and Warren noted that the key component to finding employment options for clients who are struggling to find work is identifying barriers that they’re facing.

For Mildred Falls, it was a lack of computer knowledge. She was struggling to make ends meet at her former job, until she heard about the employment program through word-of-mouth. Nambo was able to guide her through the application process and ultimately assist her in landing a job at Ocean Casino, where she is now making an extra $4 per hour.

“[Nambo] really showed me the way. Before I met her, I didn’t even have an email address. I never really had a computer and I wasn’t quite sure how to work it, and I knew that the entire application process had to be done online. There was a 24-page boarding package and I didn’t even know where to begin. But [Nambo] was so patient and explained things for me in a way that I could understand

“She set me up with an email address, and now,” she said, grabbing her phone, “I can even check my emails on here! I never knew I could do that.”

Noted Nambo, “She desperately wanted to work. She was hungry and eager, and she proved that she had the determination. She just didn’t know where to begin as someone who never really had access or understanding of computers. With everything being done online and electronically now, that’s often a barrier that we see our clients facing.”

Added Falls, “I was so discouraged before I came here. I couldn’t find work anywhere, and there was no place that I could turn to that would help me with this process. I thank God every day,” she said, smiling at Nambo and Warren. “I didn’t think that people like them existed.”

The Atlantic City Employment Program, currently assisting 137 clients, collaborates with over 70 local agencies to assist clients with job placement, training, and referrals. The program also equips clients with tools like resume-writing, interview preparation, and transportation assistance like bus and jitney passes to get to and from interviews until they can afford it on their own.

To learn more about the program, visit: www.catholiccharitiescamden.org/atlantic-city-employment-services/