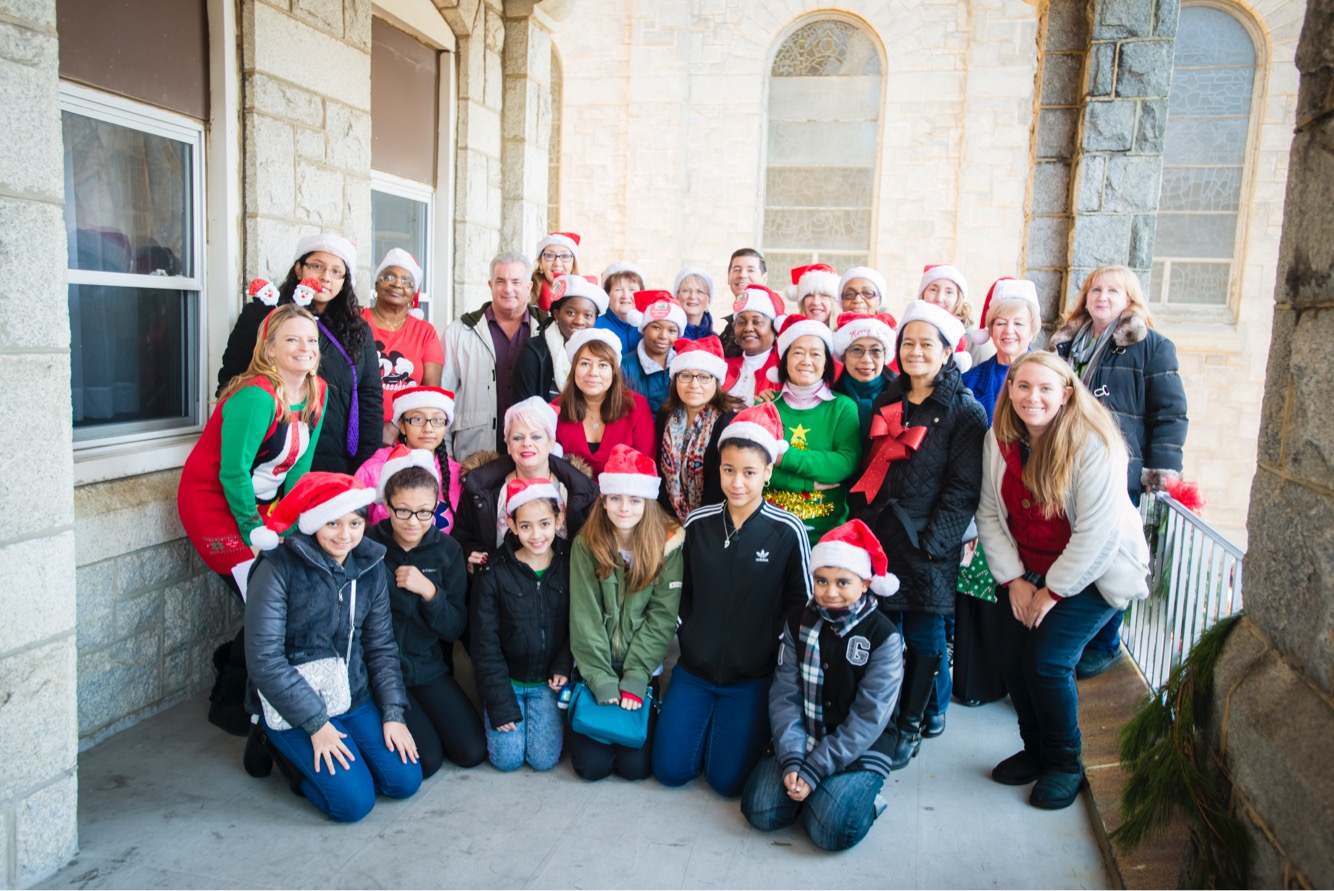 In the spirit of the Jubilee of Mercy, last year Catholic Charities’ Disciples of Mercy Awards were created to recognize individuals or small ministry groups throughout South Jersey who exemplify mercy by reaching out to those who are poor and vulnerable.

On Oct. 11, the following honorees will receive the Disciples of Mercy awards at the annual Justice For All Dinner, to be held at Atlantic City’s Resorts Hotel. That evening, fellow honoree Cardinal Joseph W. Tobin will be presented with the Saint John Neumann award for his work to protect refugees, immigrants, the poor and the marginalized.

The awards dinner benefits the work of Catholic Charities in the Diocese of Camden while also honoring the tremendous service of individuals and organizations in the diocese.

Deanery 1: Nancy E. Whatley Griffin, Esq. — Sacred Heart, Camden
Over 10 years ago, Nancy Griffin helped to create the faith-based corporation, Soul of Camden. With a mission to “feed the body, the mind, and the soul of Camden youth,” this non-profit group embodies both the Spiritual and Corporal Works of Mercy through its after-school and summer enrichment programs. Griffin currently directs the REBELS youth program where teens raise capital to employ themselves so that tomorrow they will be entrepreneurs raising capital to employ the village. Through her mentorship of young people over the past 10 years, a number of Camden youth participating in these programs have gone on to college and to the U.S. Air Force. Griffin advocates for youth in court and in school. She is a member of the Sacred Heart Pastoral Council and an active member of the community at large. Griffin is a recently retired JAG (Judge Advocate General’s Corps) officer in the U.S. Air Force.

Deanery 2: Michael Ciccotta — Saint Thomas More, Cherry Hill
Michael Ciccotta is a 19-year-old active parishioner of Saint Thomas More Parish and a sophomore at the College of New Jersey. In 2014, Ciccotta started a program he called “Chapters for Children.” His mission is to collect books to be distributed to children whose schools are located in areas of poverty in Philadelphia and Camden. Since its inception, the organization has donated over 15,000 books. In 2017 alone, 6,000 books have been distributed. Book donations range from kindergarten through college level, fiction and non-fiction. The book delivery is “hands on” – delivered by friends in their own cars. Over the years, Ciccotta has solicited book donations by speaking after all Masses at Saint Thomas More Parish. He has also appealed to bookstores and public libraries with a good deal of success. Through his acts of compassion to enlighten the mind and bring joy to children living in poverty and cultural deprivation, Ciccotta is a model of mercy for both young people and adults in the parish.

Deanery 3: Gardening Angels of Mercy Community Gardeners — Mary, Mother of Mercy, Glassboro
The Gardening Angels of Mercy Community Garden consists of a group of 11 people who, since 2013, have created a garden to grow produce for the poor and needy who frequent the Saint Vincent DePaul Food Pantry at the Pitman location of Mary, Mother of Mercy Parish. Volunteers harvest vegetables in the spring, summer and fall, this year donating 300 pounds of fresh produce to the food pantry. This group accomplishes the Corporal Work of Mercy of feeding the hungry. They see the mercy of God in the garden, in the plants, and even in the insects and animals that inhabit the garden. These “angels of mercy” make a tangible contribution to their community, while accomplishing the Corporal Work of Mercy of feeding the hungry. They recruit for their ministry, and have neighbors who are not parishioners who help.

Deanery 4: Margaret Steadman — Saint Monica, Atlantic City
Almost two years ago, Margaret Steadman took control of the Christmas and Easter outreach projects at Saint Nicholas Church in the Parish of Saint Monica. She completely transformed them into well-organized, dynamic ministries. Whereas “hand-me-down” toys and baskets of wide-ranging quality were previously distributed, now new toys and uniform baskets are provided at Christmas and Easter, respectively. Each holiday season, parents and children pick up their baskets inside the rectory, where warmth and light refreshments await them. Families are offered free portraits from professional photographers right on the spot. In keeping with the church’s mission of mercy to evangelize, spiritual outreach through Christmas carols, holy cards and Mass schedules is also offered during these events. The program is self-funded through small $5 sponsorships from parishioners and visitors as well as corporate discounts, gifts-in-kind, and monetary donations. Next Christmas, Steadman has plans to offer a live Nativity in addition to the traditional toy distribution.

Deanery 5: Joseph Sosnowsky — Saint Damien, Ocean City
In his Apostolic Exhortation Evangelii Gaudium, Pope Francis spoke of the church’s primary mission of evangelization, of fulfilling the Spiritual Work of Mercy to bring knowledge of Christ to the modern world. Joe Sosnowsky has been dedicated to this mission for many years, being actively involved in adult faith formation efforts at Saint Damien Parish. Retirement did not slow down his efforts. After his retirement, Sosnowsky returned to school to earn an M.A. in theology to enhance his evangelization work. In January of 2014 he initiated an English language outreach program to the local Spanish speaking community. He has worked tirelessly to bring God’s message of mercy — that all life is sacred — through his many pro-life initiatives as a member of the parish Respect Life Committee, as Knights of Columbus Pro-Life chairman, and as a volunteer for the Camden Diocese Pro-Life advancement.

For more information about the 2017 Justice for All Awards Dinner and Ceremony, or to buy tickets or sponsorships, visit: www.CatholicCharitiesCamden.org/JFA2017