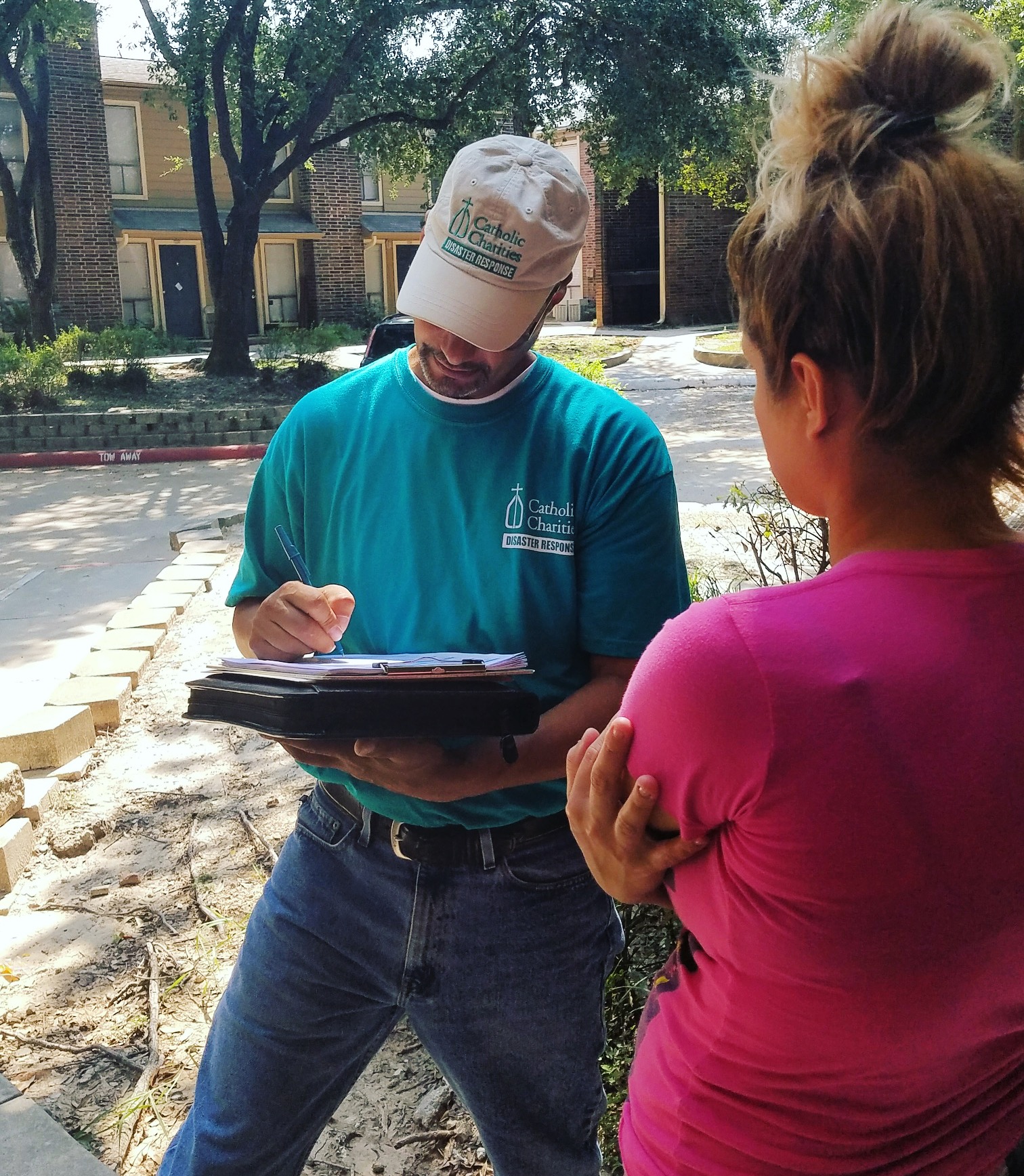 “You’re going to be heading into a stressful situation and helping people who are even more stressed. This is a seven-day-a-week assignment, and your days won’t end at 5 p.m. You all have been selected for deployment because of your expertise, and we are asking that you leave for Houston on Wednesday. Will you be able to do that?” asked Maria Vorel, senior vice-president, Disaster Operations, Catholic Charities USA.

Vorel was addressing a group of Catholic Charities staff from across the nation by conference call.
Participating on the call was Jose Sanchez of Catholic Charities, Diocese of Camden. Without hesitation, he replied, “Yes,” as he continued to write down notes about the details of his deployment. It was the afternoon of Monday, Sept. 11, and departure was two days away.

With his extensive experience in disaster case management, Sanchez was a natural choice for emergency response to the recent devastation in Houston caused by Hurricane Harvey. Other deployments for Sanchez have included to Mississippi following Hurricane Katrina and Louisiana after Hurricane Rita, among others.
While assignment of specific responsibilities often does not occur until arrival in the affected areas, Sanchez 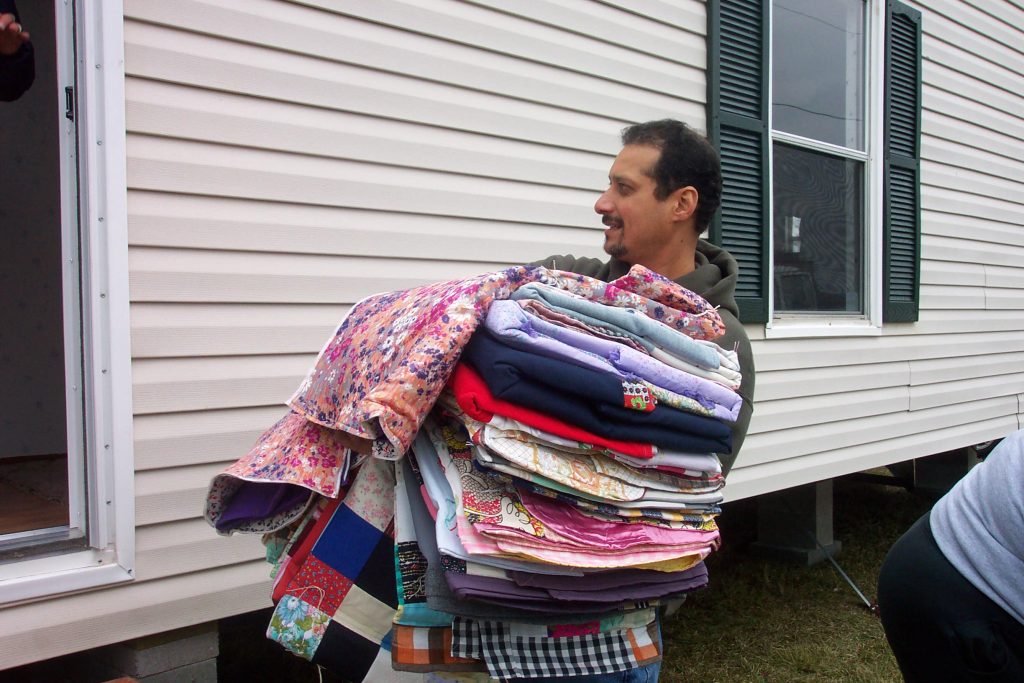 typically takes on roles such as logistical coordination of volunteers, food pantries, supplies and donations. Sometimes he’s called on for hands-on work such as cleaning and gutting of houses, and providing relief to local parishes and Catholic Charities agencies whose staff themselves have often been personally affected by the disaster.

“You need to be prepared for everything. No matter what the day brings,” explains Sanchez.

He is sensitive to the trauma experienced by those who have lost everything, often in a matter of hours.
“When you go through a place struck by disaster — you see hundreds and hundreds of destroyed houses. And you need to remember that these were people’s homes that you are looking at and working in. This was someone’s life, some family’s life, whether it looks like it or not.”

When not responding to natural disasters around the country, Sanchez applies his organizational skills to those facing various crises and major life transitions locally. He oversees a warehouse full of furniture and donated items for Catholic Charities clients — veterans, immigrants, newly employed — trying to set up their households often for the first time.

Another Catholic Charities staff member who is likely to be deployed soon is Rohan Allen. Reflecting on his prior experience in disaster response, Allen provided insight into the complicated processes of both short-term and long-term recovery efforts.

“There are many components involved. When you’re deployed, you need to first ensure that victims are safe and that their immediate needs are met — like food, water, shelter,” he explained. “It often involves driving around neighborhoods, canvassing the areas, knocking on doors all day. The elderly and disabled are in particular need, and undocumented people are often afraid to seek help. But I let everyone know, ‘I’m here to help you, don’t be afraid.’”

“Oftentimes, people don’t even know where to begin. They’ve lost their homes, their paperwork, important documents like birth certificates and health insurance. And on top of that, they are dealing with such severe emotional trauma from the disaster that they can’t even think clearly.”

Sanchez agreed. When working with displaced families, “sometimes I don’t say a word,” he notes. “Sometimes, they just need to know that there’s a person who will sit with them for as long as they need to regain a sense of safety and calm amid the chaos.”

For Jose Sanchez, whether organizing furniture in the local Catholic Charities warehouse, or organizing disaster relief in a far-away state, his job is more of a mission. “Since I was in my early 20s, I knew I wanted to work for the church. And I have been doing that since then. The church calls you to do certain things — and that means whatever is needed at the time. That means bringing everything I have to every situation and every person I encounter.”

The married father and resident of Camden reflected on his past deployments. “At the end of the day when I’m on the airplane coming home, I have time to think, and I realize how really tired I am. But then I arrive home, I sleep in my own bed, and I say to myself, ‘I am really blessed. I’m with my family, I have a home, and nothing has happened to it.”

The recovery process for Hurricanes Harvey and Irma will take months and even years for many. Needs will change with time. As in past disasters, Catholic Charities will remain a presence in affected communities until both local recovery agencies and individuals are back on their feet and self-sufficient once again. To donate: Text CCUSADISASTER to 71777, Call 1-800-919-9338, or visit www.CatholicCharitiesCamden.org/disaster-relief for more information.