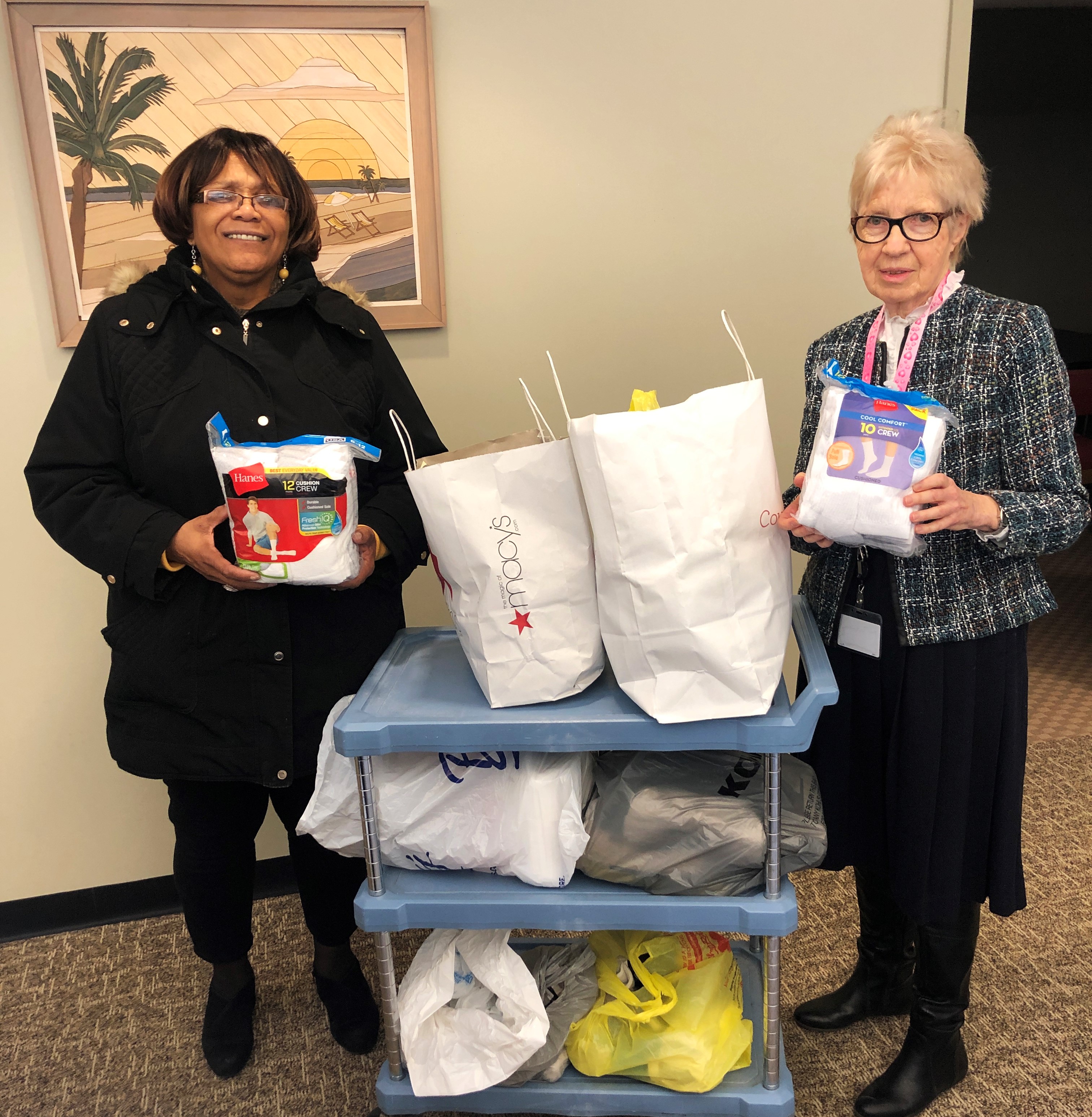 When Pope Francis celebrated Mass at the Vatican in early March, he criticized Christians who self-righteously boast about fasting and feel superior to others. Focusing the day’s first reading from the beginning of Isaiah 58, the pope said the corporal works of mercy are the kind that fasting that God wants most.

“When you share your bread with someone who is hungry, invite into your home someone who doesn’t have one or is a migrant, when you look for clothing for someone who is without – when you focus on that, you are truly fasting,” he said.

Staff members of Catholic Charities have witnessed these very acts of mercy throughout Lent from across the Diocese of Camden, starting with the Underwear and Sock drive organized by the agency’s Prison Ministry.

Sister Mary Cronin, Catholic Charities’ Prison Ministry Coordinator, regularly visits the men and women in the Diocese who are behind bars. During a visit to one of the facilities over the fall, a social worker told her that there was a great need for these specific clothing items.

“Often times, the incarcerated are given a jumpsuit – and nothing to wear under it. So many inmates have no family, friends, or money to supply them with these basic and essential clothing items. It’s an affront to their human dignity,” Sister Mary Cronin explained.

She recalled concerns she had at the beginning of the drive. “Would people be willing to give to those who are in jail or prison? What if no one donates and I have nothing to bring to the prisons?”

Her concerns were put at ease when, just a week after the drive was announced, hundreds of pairs of underwear and socks began piling up at her desk.

She explained, “The donations came from all over. Parishioners dropped off large boxes and bags, and people from every corner of the Diocese mailed in large donations. Checks came in from out of state, we even received one from California!”

These monetary donations, she explained, are used to purchase the requested items. So when a check was given to Catholic Charities for the drive, another staff member, Sister Mary Matthew Labunski, headed to a Walmart. While piling up large stacks of underwear and socks while checking out at the register, the cashier, she said, asked what they were for. When Sister Mary Matthew Labunski told her about the drive, the cashier looked at her curiously and paused. “They never did that for me,” she said before continuing to scan the items.

Motioning to the boxes and bags which had piled up around all four walls of her cubicle, Sister Cronin said, “The last time there was a pick-up from the jail, this was empty. And I felt lonely without being surrounded by so much underwear!” she laughed. “But just a minute later, I got a call from the receptionist saying that a man was here at our building with several bags of donations, so this area wasn’t empty for long. The response has been absolutely overwhelming.”

Catholic Charities sincerely thanks all donors who participated in the drive.