“I have never witnessed in my career in social services an employment fair that has reached this many people. So many seeking work were hired on the spot or scheduled for follow-up interviews,” said Lynsey Reyes, a case manager for Catholic Charities’ Welfare to Work program. “I am still on a high from all the positive energy.”

Reyes spoke enthusiastically about Catholic Charities’ first employment fair in Atlantic City which saw more than 400 attendees on May 21. One hour before the fair began, dozens had already lined up on Georgia Avenue, all of whom were eager to land a job and a chance to re-establish their financial footing. 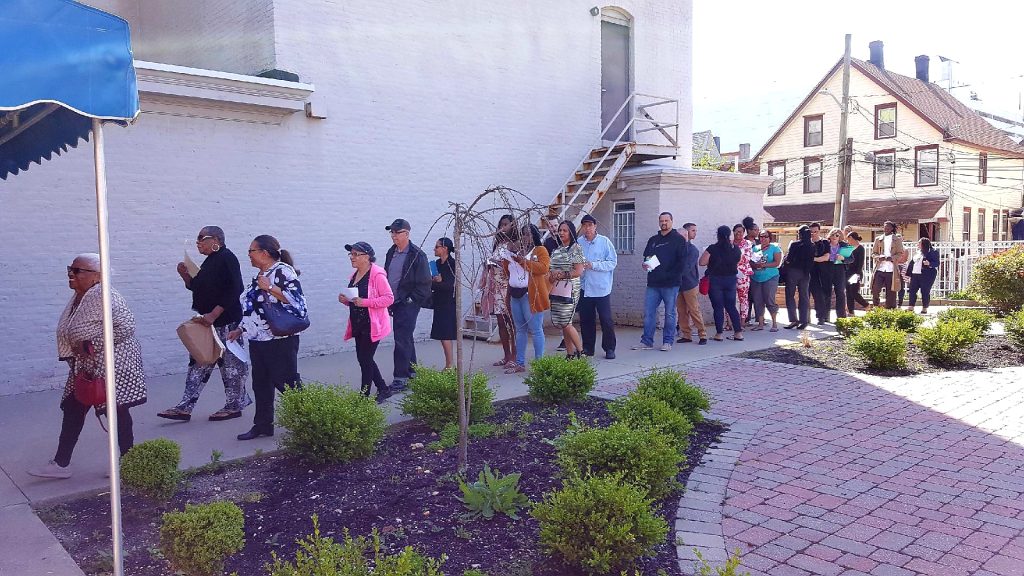 Inside, 17 employers from various businesses and industries were busy preparing to interview and to hire individuals on the spot. Prospective employers included those from the retail and medical fields, casinos and hospitality industry, social services, education, and other businesses. Also present were several utility companies, including Atlantic City Electric and South Jersey Gas.

Excitement and chatter filled the room as job-seekers made their way around Quaremba Hall, guided by volunteers from Catholic Charities who worked to match the attendees’ background and skills with a potential employer.

The attendance, according to both event organizers and employers, was completely unexpected — but most welcome in a city still dealing with the fallout following the 2014 casino closures. While much of the country has enjoyed a robust rebound in employment in recent years, economic recovery in the Atlantic City area remains lagging. According to U.S. Bureau of Labor Statistics, the average unemployment rate in March 2019 for the country was 3.9 percent, while that rate for the Atlantic City area registered at 6 percent.

Employer and potential employee turn-out for the job fair delighted those working to close this gap.

As Reyes spoke about the attendees, she noted that one young man in particular stood out to her. “He was so eager to find work, but he had a criminal record. He was worried that no one would hire him.” But, after an interview, the same man left in tears, overcome with gratitude that he was hired on the spot.

Hundreds of others were offered immediate employment or scheduled for follow-up interviews, causing some of the recruiters to reach their employment quotas before the fair ended.

Said Jeanetta Warren, program director of Catholic Charities’ Atlantic City Employment Assistance Program, “The synergy present at this event was amazing, truly the work of God. It was really a ‘win-win’ for those looking to hire and those looking for work. I’m hopeful that we will be hosting more such efforts in the future.”

Many of the business representatives and agency staff pointed to the competence and compassion of Warren and
her Catholic Charities colleague, Edbelinda “Mimi” Nambo, employment specialist, as the organizers and driving force behind the success of this inaugural event. Prior to the start of the job fair, Nambo reminded her corps of staff and volunteers of the importance of employment, not just for the individuals, but for their families as well. “When you touch one person, you touch their whole family.”

The efforts of Warren and Nambo start well before the event itself. The women work diligently to develop and nurture relationships in the Atlantic City community with service providers and employers. Additionally, many job candidates desire to work but need assistance in learning how to prepare for a job interview — what to wear, what to bring, interview etiquette, among other basic preparation tips.

Through the Catholic Charities Employment Services program, Warren and Nambo also provide one-on-one counseling to clients who are seeking employment as they provide those seeking assistance with the tools they need to gain employment and, ultimately, self-sufficiency. This includes identifying transferable skills to determine the best match for employment, as well as job readiness training and workshops, and assistance with writing resumes.

“I came here to help a family member find work, she’s new to the area. She was hired on the spot,” said one of the participants at the fair. “I can only hope and pray that events like this continue to be held in our area because there are so many more people looking for work and wanting to provide for their families. In all my years as a resident, I’ve never seen anything like this.” 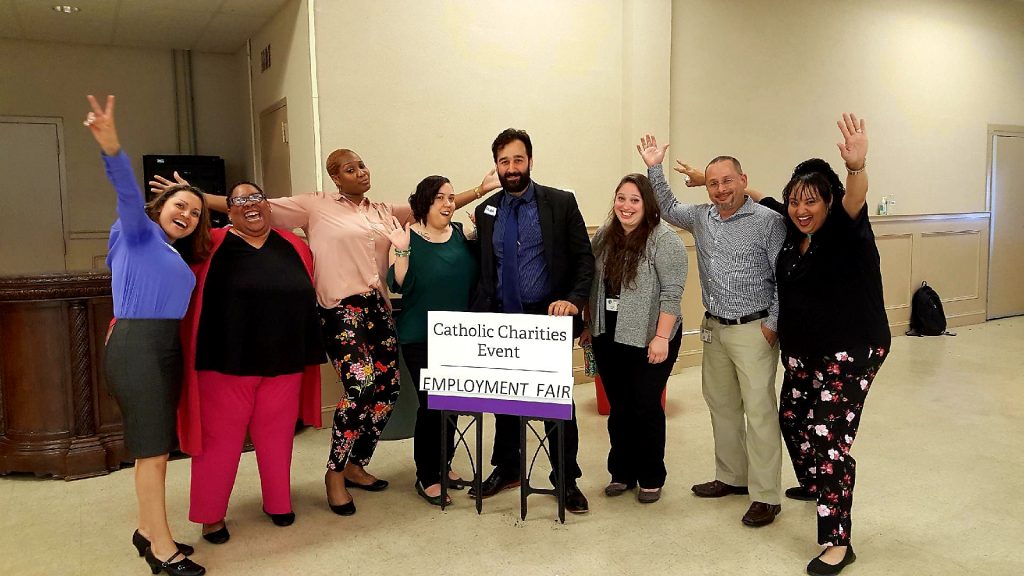