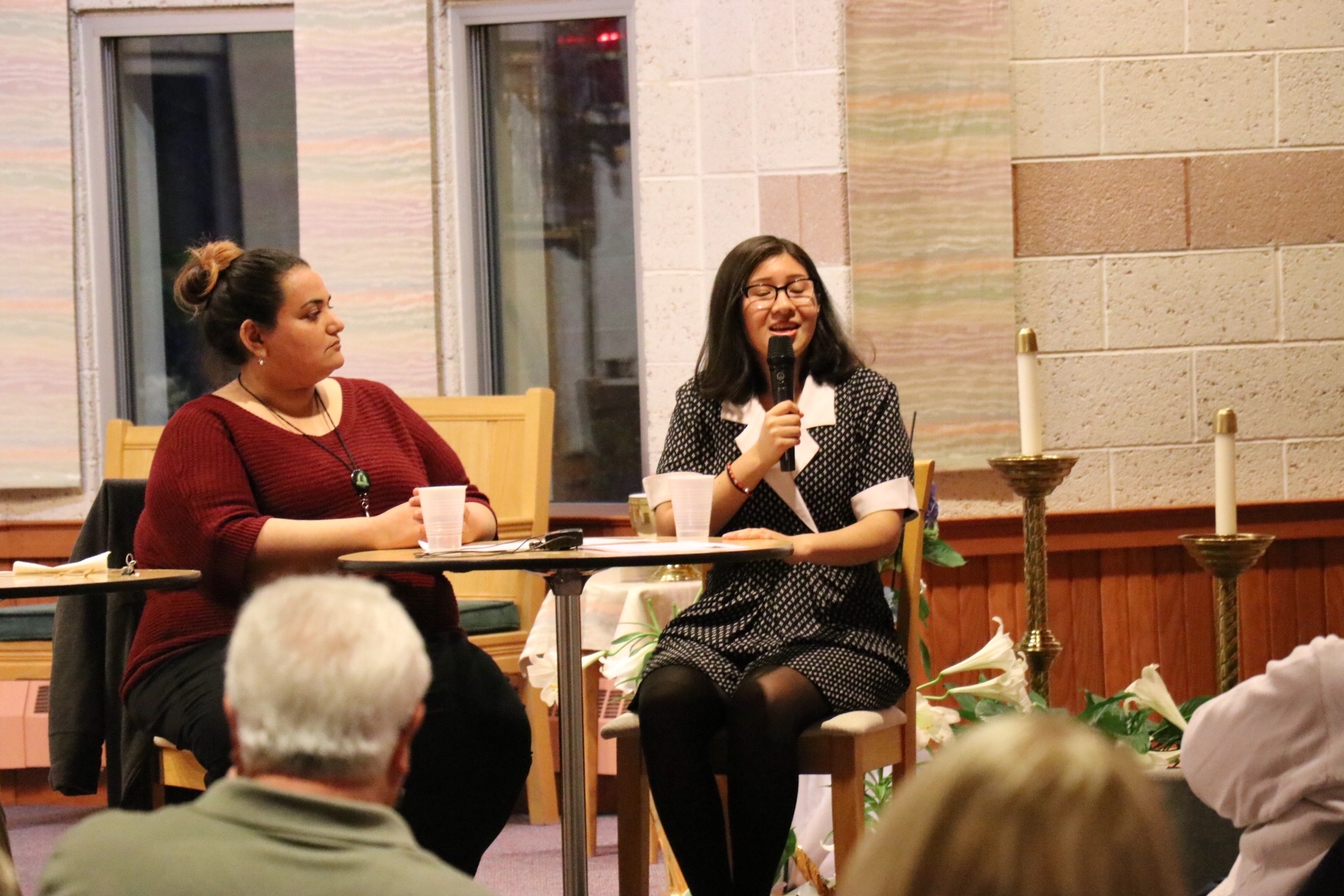 “It’s one thing to read about migrants and refugees. But having a chance to meet immigrants, seeing their faces and hearing their voices… it’s different than seeing it in a headline,” reflected one parishioner as he sipped his coffee at the Catholic Community of the Holy Spirit in Mullica Hill.

He was one of several members of the Parish’s social justice committee that gathered to host a panel discussion, “Called to Welcome.” The group, accompanied by Father Tony DiBardino, met for dinner before the start of the panel discussion which was open to parishioners and the public to listen and interact with a special group of guests.

Attendees, young and old, made their way into the church.

Michael Jordan Laskey, Director of the Diocese’s Life and Justice ministry and organizer of the event, served as the moderator of the panel. He began the discussion by explaining the Church’s call to welcome the stranger into our communities, to treat our migrant brothers and sisters with compassion.

Patrick Barry, Catholic Charities’ Director of Refugee Resettlement, was the first to speak. He shared the story of how his mother and grandmother came to the United States in the 1980s as refugees after fleeing the horrors of the Khmer Rouge genocide in Cambodia.

His grandmother, he told the audience, arrived to the Philadelphia airport during a snowstorm, wearing just the clothes on her back and flip flops.

“[My grandmother] still remembers it clearly. She came here with nothing, but just happened to meet two nuns shortly after arriving in the country. They fed her. They made sure she had warm clothes,” he said, pausing, “and showed her what it was like to be treated with dignity for the first time in her life.” 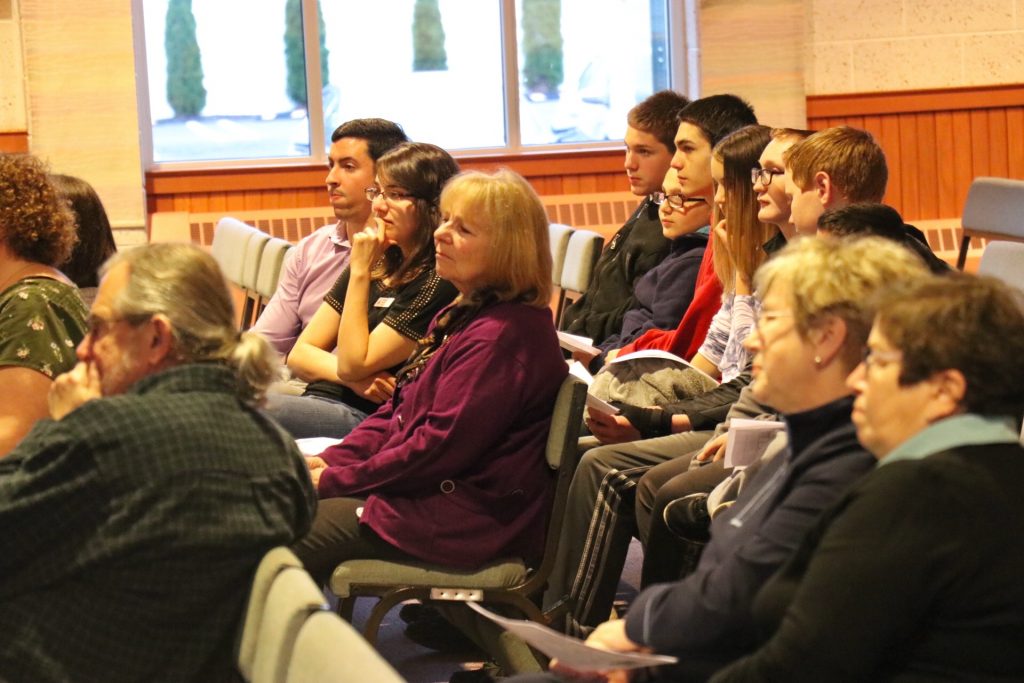 Curious whispers filled the room, and hands raised for questions.

“What’s the number one reason people have to leave?” asked one young attendee.

“They don’t leave their countries because they want to, they do so because they have to because their lives are in danger – whether it be from war, famine, natural disasters, violence,” he explained.

Offering first-hand testimony to the need for certain individuals to leave their native countries was another member of Catholic Charities staff who was present to share her story, Sara Aljanabji, a refugee who, at age 25, fled from Iraq.

Having worked with the United States embassy while in Iraq, her life and her family’s lives were in constant danger because of her work affiliation with the US.

“[My family and I] had to move over 20 times because we kept receiving threats. The worst part was when my mother was kidnapped for three days. They released her under the condition that I would stop working for the embassy.”

After sharing her story – life in Iraq during war, the extensive process of applying to becoming a refugee, the vetting process, and her journey to where she is now – a hand was raised for a question. 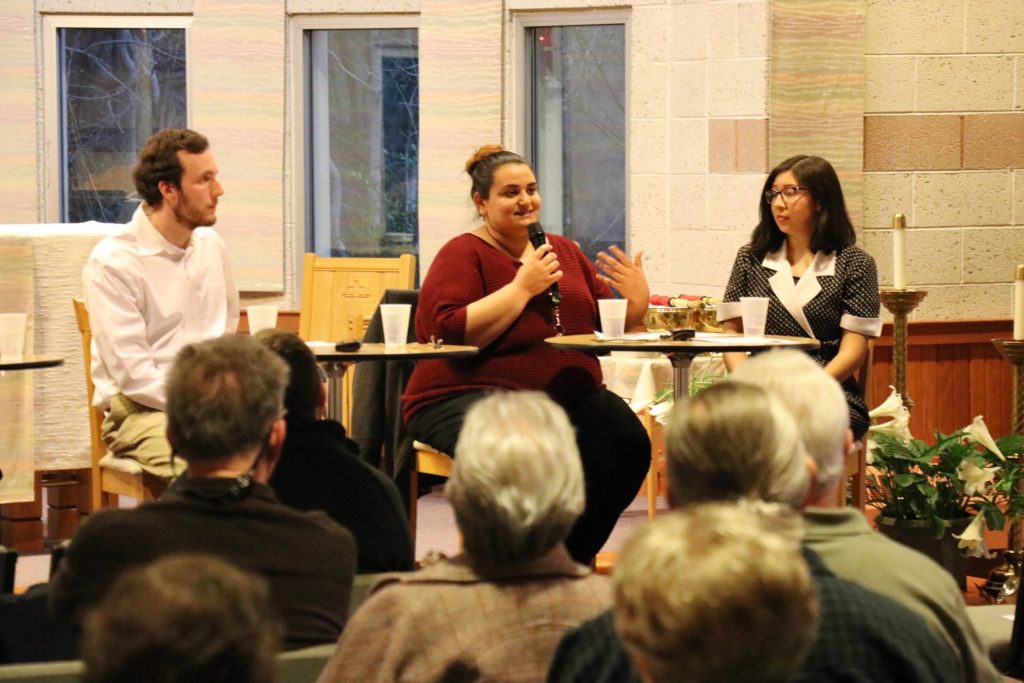 “What is your favorite part about being here?”

Immediately, she said, “Safety. I can walk down the street and go to the park. I can go to Philly if I want. I can do all of this and not worry about my life being in danger.”

The sense of gratitude for safety was shared by the last panelist, Monica Perez-Reyes, a DACA Dreamer and Camden resident.

“My parents and I came to the United States from Mexico when I was one and a half years old. I don’t remember the journey here, but my mother told me that I could barely walk,” she said.

Monica is one of the 1.8 million DREAMers in the country, undocumented immigrants brought to the United States as infants or children.

“My parents wanted me to have a better life, a safer life, then they did in Mexico,” she explained. “They came from a town that was corrupt, dangerous, and run by cartels. I still have family there, and I feel guilty for what they have to go through. My grandmother has been robbed so many times that she needed to install an electrical fence around her home.”

Monica, who has never been to Mexico before, seized the opportunities that the United States has to offer. She has been working tirelessly, helping provide for her younger siblings, and currently studies art therapy at Camden county college.

The talk of possible deportation under the current administration, she said, only inspires her more to work harder.

“I can’t imagine being forced to go back to such a dangerous place that I’ve never known,” she said. “But I know that I just need to keep working as hard as I can, and I can’t let fear run my life. I am so lucky to be in this country where my family and I don’t have to worry about our lives being in danger.”

One attendee said, “I just wanted to thank you for sharing your story. You’re so young and you’ve been through so much. It’s been so eye-opening, and it’s inspired me, and all of us.”

Panelists and attendees enjoyed refreshments together after the panel, offering a chance for further engagement.

More questions were asked, but this time, they all revolved around one: what can we do to help?

Reflected Michael Jordan Laskey, “I was blown away by the personal stories of migration that Sarah and Monica shared. Their strength and courage in facing extremely challenging situations is so inspiring. I think panel conversations like these are incredible ways to introduce our native-born parishioners to people who have come to this country seeking a better life, so that the audience can put human faces and stories to the hot-button issues of migration. It’s one way we being to build what Pope Francis calls a “culture of encounter.” 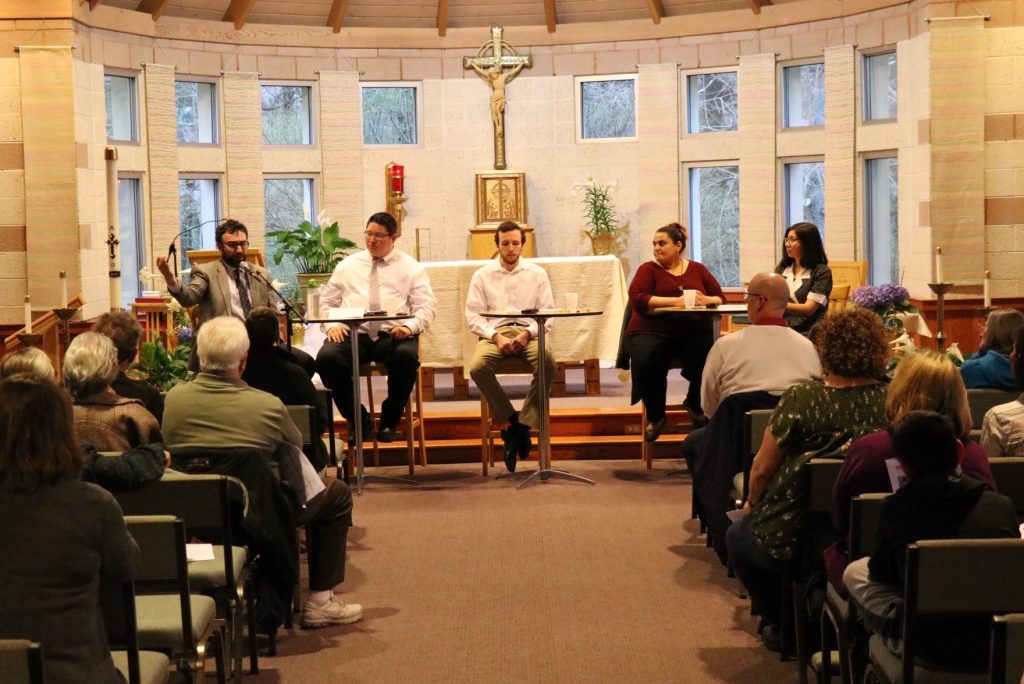 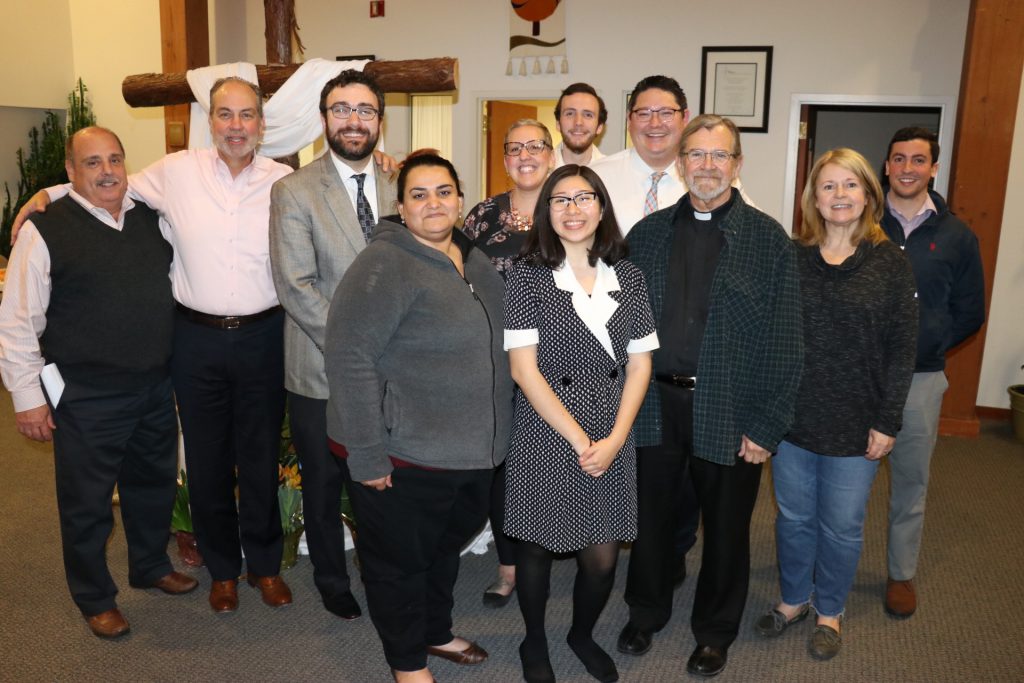