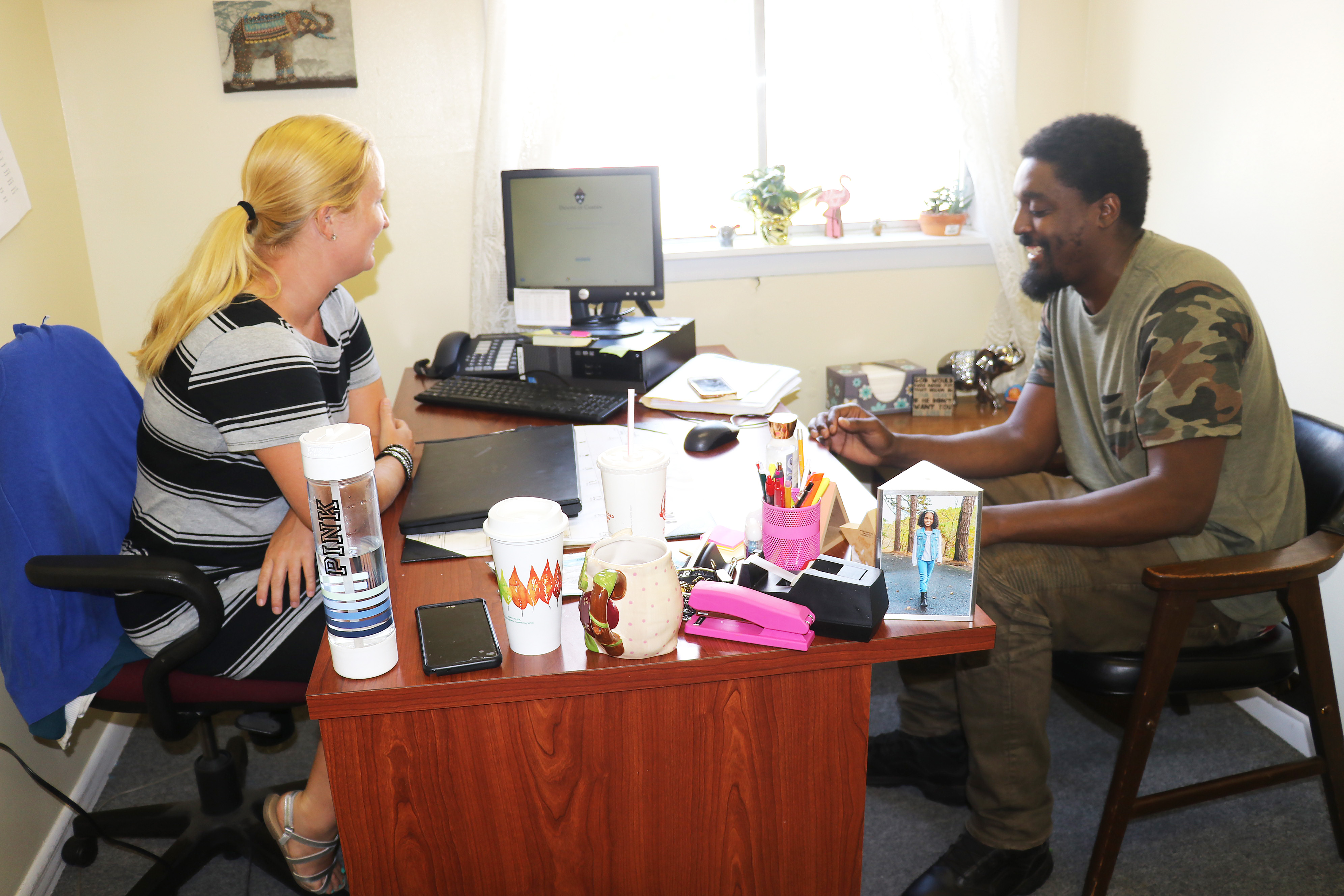 Carlos Moore never envisioned himself receiving help from a charity – or any organization for that matter.

“I sat in the welfare office and looked around and thought ‘this isn’t me.’ When I was referred to Catholic Charities and I heard the word ‘charity’, I almost felt embarrassed. I thought ‘This can’t be real, I can’t believe it’s come to this’”, he said.

Moore opened up about the shattering chain of events that eventually brought him to Catholic Charities’ Vineland office, where he was introduced to case manager Rachel Salter.

Moore had been working two jobs when the mother of his five children began suffering from severe mental health issues, ultimately leaving her unfit to properly care for the children. With no warning, he was separated from his family.

The third of eight siblings, Moore knows all too well the reality of life in foster homes.

“Growing up, my brothers and sisters and I went through so many different foster homes. All we had was each other, and we did everything we could to stick together. If one of us couldn’t eat, none of us did. It was hard. I remember some of the places I used to live. I ran around with some bad crowds. I made terrible decisions and I got into trouble.”

“I could not let that happen to my kids. I could never let them go through that.”

Determined to be the father he didn’t have, Moore went to court multiple times, fighting for full-time custody. Eventually, the judge reunited Moore with his children, recognizing him as a responsible parent and granting him full custody.

As a single parent, Moore had to give up one of his jobs, and the family struggled financially. “The house we lived in was so small. All of the kids shared one bedroom. We had to get out of there,” he said.

Moore met with Rachel Salter, who found him a bigger yet affordable home within days and provided guidance as Moore took this next step in life. He laughed as he described Salter’s no-nonsense support. “[Rachel] moved fast,” he said. I couldn’t believe she found a home that quickly. She really is the best.”

In a more stable and affordable home, with full custody of all of his children, Moore is able to focus on work and, most importantly, parenting. And he has a loving role model, too. Despite many years of hardship, bouncing from one foster home to another, Moore and his siblings were adopted by their final foster mother. She gave them permanence and love. 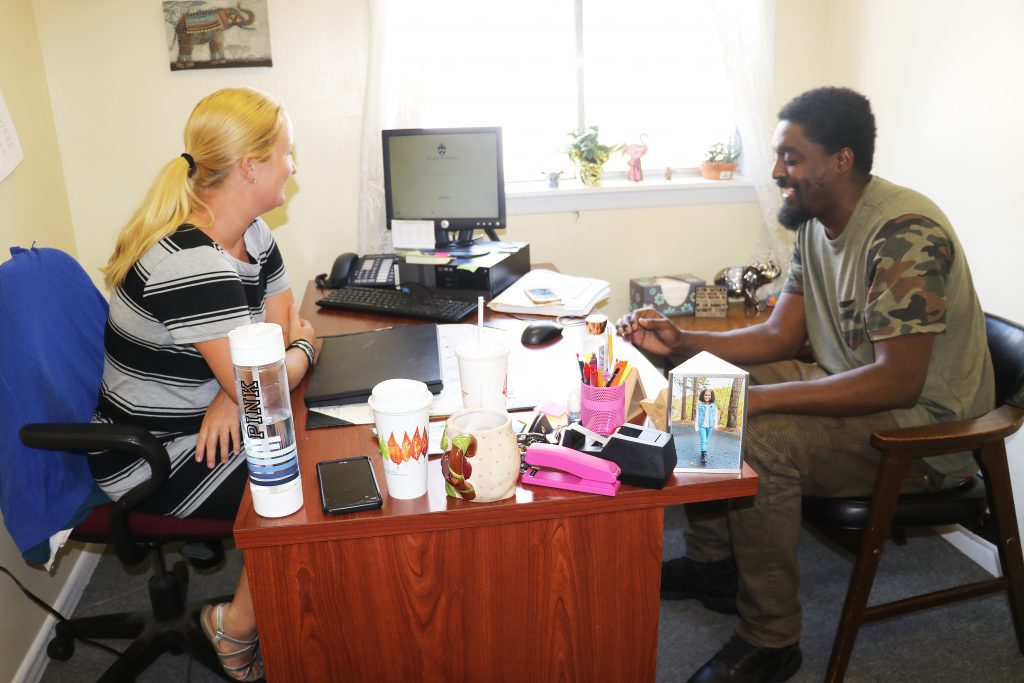 Moore isn’t afraid to admit that being a single parent is hard work. “It’s always been in the back of my mind what my kids have been through,” he said. But I’m able to focus on the future now, and having the stability of our home helps with that. I try to keep them engaged with activities like soccer and other sports. But being a father comes first. I want to be the best dad I can be. That’s my real job.”

Salter chimed in as they chatted in her office. “It’s not every day that I work with a single father, but [Moore] has proven that he’s responsible, and he’s doing a great job. Most of the sole providers I work with are females, and they struggle,” she said.

“And I tip my hat off to those women,” Moore responded. “It’s not easy, but I don’t want praise from people. It’s my job and responsibility. Loving my kids comes first. These days, men walk away like it’s nothing and figure paying child support is easier. Then they wonder why their kids hate them. Not me, never.”

With a new home and a busy, but more stable, life in order, Moore is setting his sights on the future.

“I’m beyond grateful to Ms. Rachel, to Catholic Charities, and the help I have received. Like I said, I almost feel embarrassed receiving assistance. But being a father means swallowing that pride, recognizing what’s best for your kids, putting them first. And I’m thankful.”